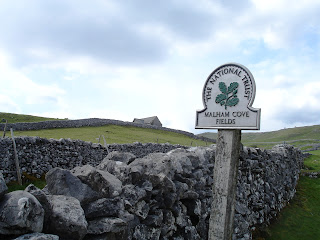 
The nature of my job and my inherent laziness makes it difficult for us to plan vacations in advance. Thanks to the convenience of being in Leeds, it helps me escape tantrums from my wife for my awful planning by having an option to go for these last-minute-impromptuously-planned-short-day trips! Thanks to Guy Bradshaw – a dear friend, colleague and Meenakshi’s manager, we get all the right local advises to the “must see” and “offbeat” locations to visit around Leeds. The “offbeat” refers to my choices – which primarily include countryside, scenic locales and rural settings. One of the first recommendations from Guy was to visit the “Malham Cove” in Yorkshire Dales National Park for the April 2012 bank holiday weekend. We planned a day trip accordingly - one of our first few day trips in the UK outside of London.

We packed some leftover food from the previous night for lunch and set off from Leeds, after configuring our Sat Nav (American term – GPS) to drive down to the village of Malham. We drove through light city traffic across Bradford, to pass through Skipton and then enter Yorkshire Dales National Park. We were in for a treat, to sight huge farms, neatly terraced with stones. The sight of sheeps tirelessly grazing on green grass was a visual treat. Each sheep appeared to be a tiny spec of cotton, carefully planted by god to make the vast greenery unbelievingly mesmerizing to visitors. 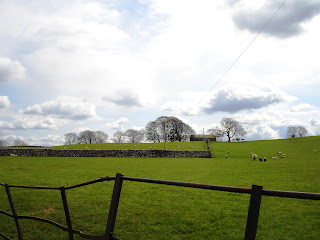 After enjoying the drive through narrow farm roads and hairpin bends, we made it to the visitors centre at the village of Malham. 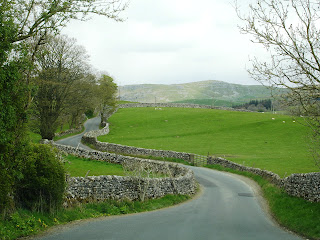 Malham Cove is a natural limestone formation 1 km north of the village of Malham, North Yorkshire, England. A well-known beauty spot, it is a large, curved limestone cliff at the head of a valley, with a fine area of limestone pavement at the top. The cove has consistently been ranked as "must visit places in UK" in travel documentaries. It is also one of the places where the film Harry Potter and the Deathly Hallows was shot. I am not a Harry Potter fan, but thanks to Wiki - got this insight. 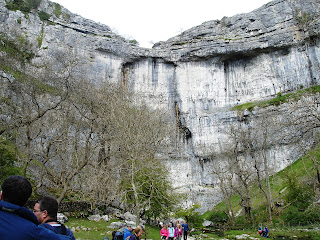 Armed with a map and having refreshed ourselves, we parked our car in a private car park across the field (Just £3 pounds for the day) we set off in the direction of the Malham Cove. It was a neat walk through the village and then onto the gravel footpath leading upto the Cove. 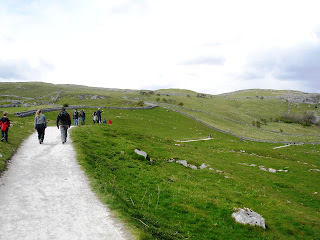 Malham village was probably founded in the 7th or 8th century by Anglo-Saxons, who would have created the terraced fields that we see today. With the rapid urbanisation and lack of sustainable income from farms, a lot of farmers from Malham village have migrated to cities. However those who were still addicted to nature and to farms, were still continue to lead their lives living off farm income, renting their houses for “Bed & Breakfasts” or by having “Tea Rooms” welcoming tourists. 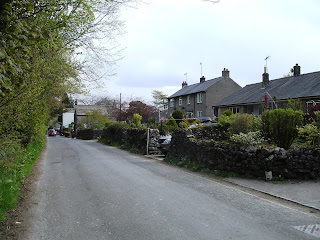 The Malham Cove hill top was about 0.5 miles or 800 metres uphill from the foothills. The cove was created by Glaciers about 13,000 years ago. We steered through the gravel footpath, passing through avid bird watchers from a local club. The club members were keenly trying to spot some bird species atop the Malham Cove. There was a properly laid stone path leading upto the cove, though it was broken at some places. Hikers – young and old were energetically ascending and descending the path, with kids or pet dogs in tow. 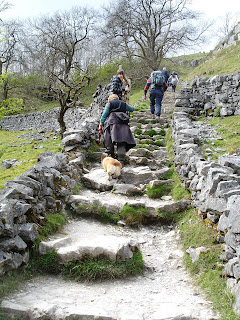 We puffed and panted and finally reached the top – thanks to all those indulgences into food without any thought for keeping ourselves fit through regular work out. Surprisingly, we reached the top in around 40 minutes – not bad as per our standards! We did take enough breaks in between to take photographs or give way to other swift hikers. 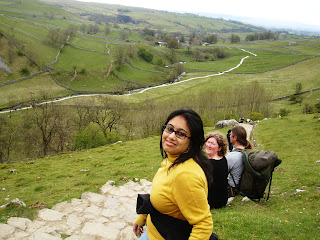 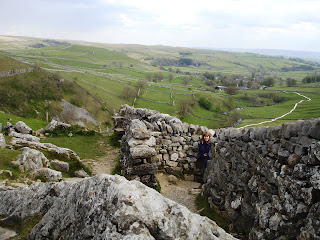 Once we were atop, we saw the vast stretch of limestone pavement, laid out like nature’s carpet donning the hills. This pavement was formed over 12,000 years due to the bare scrapping by ice. Since then slightly acidic rainwater has dissolved the rocks away along faults and cracks. The deep gyrkes as they are known, now shelter a wonderful variety of plants, protected from overgrazing in their deep fissures. Some of these plants are Baneberry, Dog’s mercury, Hart’s-tongue fern. We did what most tourists do – walk on the limestone pavements. 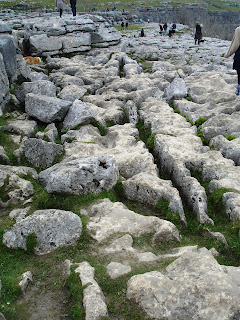 It was a nice experience, and not one for the light hearted. As we played a game of chess – by carefully choosing which limestone boulder we place our foot on, we finally made calculated moves for 10-14 mins after which we got off the pavements and set off towards the nearby peak. The sun was suddenly out now and was tempting all tourists to have lunch and relax, enjoying the view from atop. Like the other fellow hikers, we obliged, found our corner and enjoying a splendid view of the mountains and the horizon with deep valleys and had our lunch. 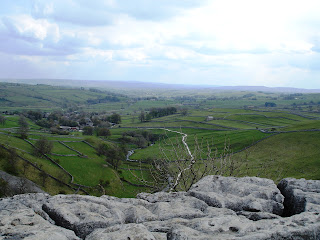 Post lunch, we sat dawn calmly to spot the park till our eyes could tirelessly see and appreciate the beauty of Yorkshire Dales National Park. After sometime, we had to reluctantly make up our minds to set down and avoid climbing further up to the Malham tarn. 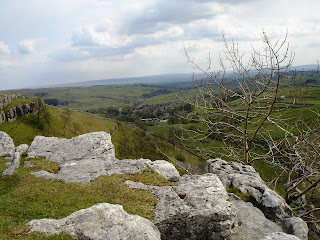 After climbing down the hill, we walked back into the Malham village, passing through old barn’s and farm's. 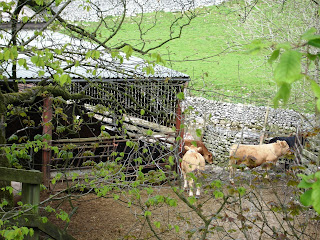 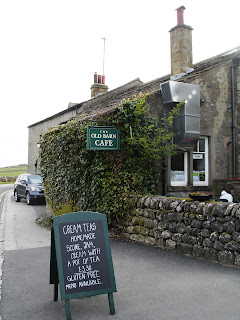 Other sightseeing places around Malham village – like Janet Foss waterfalls, Malham tarn will be parked till our next trip! 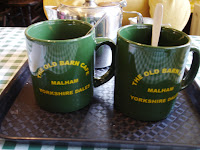 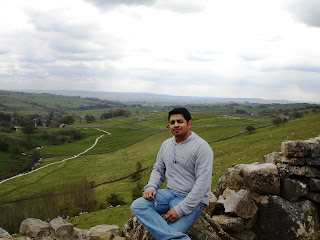 Beautiful pics. Didn't read the whole travelogue.. but the pics just make me want to visit this place first hand.