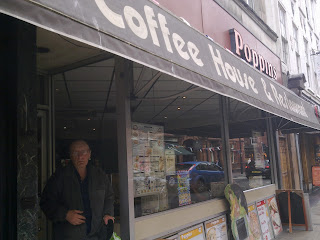 Over the last 10-15 years multinational corporations have subconsciously controlled our choice of deodorants or perfumes, phone, jeans or other accessories and of course the choice of our taste buds as well. “Organized crime” is a term used widely for crime that is a result of pre-determined motives from a group of people. “Organized robbery” or “Organized looting” is what multinational corporations do to the society making us individuals devoid of local choices. The chains of McDonalds, Subways, Pizza Express, Burger King and others rule the palates of at least a quarter if not half of the world’s population at this time. We identify city landmarks with reference to the Subway or McDonald nearby. In light of this “organized disillusionment” to select a local restaurant of your choice, you are at times caught fumbling to think of names you can recommend to your friends, family or colleagues. The dwindling numbers of such local restaurants are a result of the buying power of multinational corporations with their food chains. 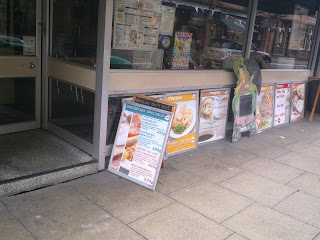 One of the places where i have had a very sumptuous meal in England is a local restaurant called “Poppins”.  Poppins claims to be a coffee house and restaurant and it is exactly opposite the Worcester Foregate train station in Worcestershire. From the outside and also from the inside, the restaurant decor gives you a feeling of being a very old restaurant which was just about making money to pay the bills and making a wafer thin profit margin on top. Though it has been maintained well, it has still grown old over the years and definitely has the old style seating arrangements, chairs and furniture. The people who serve you also make you feel you are in the 1980’s or 1990’s. I don’t know if its by design or by accident. 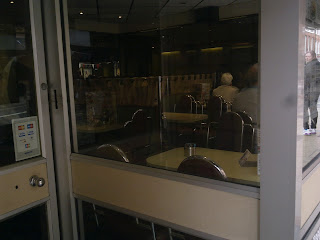 I happened to be in Worcester with a colleague for an official meeting in that city. We had taken a train from London down to Worcester early in the morning. Since it was too early a start, we hadn’t had breakfast and Poppins is where we had our first meal of the day – around 10 – 11`ish on a Thursday morning. Poppins was still full of customers settling down and enjoying their cuppa tea and late breakfasts. The feeling i got seeing a lot of old people was that this was a joint for them for years together now. Many of them would probably be friends who would have met in the same restaurant for the first time in the 80’s and continued their daily visit to Poppins over the years – growing older with their lives, but not bored of “Poppins”. Kudos to the owners of Poppins as well to keep it as it was and give good quality food. I had an egg omlette with bread and chips. Also had some tea and freshly made orange juice. Quality of food for the price was very very good.

Poppins definitely reminded me of “Chandraprabha” Chinese center around Mulund (a suburb in Mumbai) or any of the Udupi hotels  / Iranian cafe’s in Mumbai which are old from outside and inside – with chipped tables and chairs – but still serve good food. These establishments have stood the “test of time” against multi brand food chains and our continued patronage to these will help us to get nice change to taste good quality local food across the world!

If you want to try a slice of life from an era gone by, please stop by at Poppins and enjoy your no frills meal!
Posted by Atreya rocks at 12:08 AM